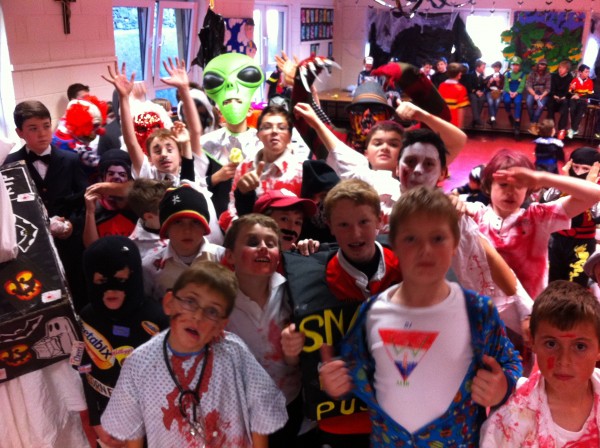 Today, we celebrated in style the start of our Hallowe’en Mid Term Break. All students were encouraged to dress up in homemade costumes and a number of teacher led activities kept the students entertained until the 3pm bell!

A disco was held in the Lunchroom, while teachers had organised a number of games, all to get into the Hallowe’en spirit. There was great excitement in the lunchroom with a catwalk of the homemade costumes and well done to all who went to great lengths to make their own costume.

A total of €475 was raised and will be donated to the Zambia Immersion Project. 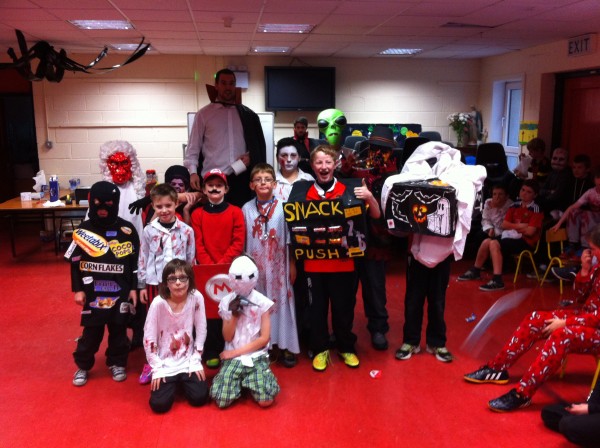 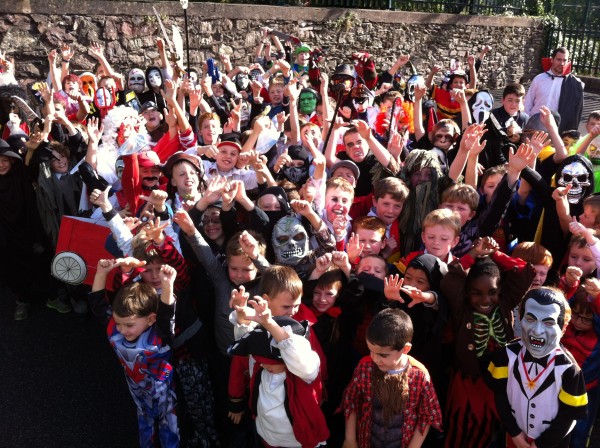 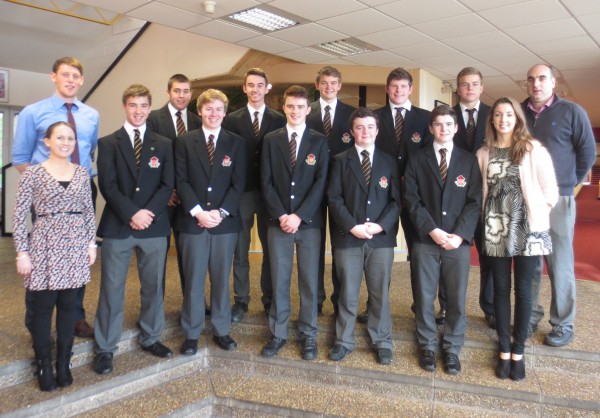 The Zambia Immersion Project Team was recently selected. 10 Students will accompany four teachers to Zambia in June 2013. It will be the seventh time, CBC has sent a group to Zambia. Two of the Prep School Teachers are part of the team (Miss Fiona Buckley and Mr. Steven Lynch), while four past pupils of the Preparatory School are also travelling – James Keaveney-Jimenez, Roy O’Mahony, Alex McHenry and Kevin McCarthy. They will have a busy year ahead with fundraising and other activities and we wish them well in their endeavours.

CBC first became involved in the Total Immersion Zambia Project in 2003.  The project involves sending a number of teachers and Fifth Year pupils to Zambia, every second year, to live for three weeks with a community of Christian Brothers.  During this period, the groups work in orphanages and schools, visit hospitals and hospices and experience normal life in the Third World.  On their return, the pupils pass on their experiences to their fellow pupils, by giving talks and presentations to the various classes throughout the school, in both the Preparatory and Secondary Schools.

Money raised through fundraising helps to assist the Christian Brothers to maintain and expand on their work in Zambia. They currently have a number of projects in operation such as the following:

WaSH Programme: A Water, Sanitation and Hygiene programme for 9 schools (mostly rural) in the Mufulira area. This programme facilitates the installation of proper shower and toilet facilities at schools. Many students, especially girls, were leaving school at an early age, as it was felt that the provision of such facilities would encourage more students to stay in school. The scheme had been trialed in Mopena and proved to be a success and was extended to 8 other schools.

Edmund Rice Village: A shelter for 45 elderly people near Murundu village. Unfortunately, there is a large generation gap in rural Zambia, with the very young being orphaned or cared by grandparents. Zambia has one of the world’s most devasting HIV and AIDS epidemics, with one in seven adults in the country living with HIV. Life expectancy in the Mufulira area is 38 years. The shelter provides a home for the elderly in Murundu who cannot look after themsleves and do not have any family who can support them.

Murundu Development Centre: Providing and developing training Centres for those who have left school early to train in skills such as Metalwork, Carpentry, Building, Agriculture and Tailoring. Murundu is a large rural village some 15km from Mufulira with a population of some 12,000 people, many of whom are very poor.

The Tipperary Fields: Approximately 70 acres of land administered by the Brothers are used to grow maize during the rainy season and vegetables (under irrigation) during the dry season. The maize is grown as part of the Brothers’ Feeding Programme. This programme feeds approximately 200 families who otherwise would not have access to this food. 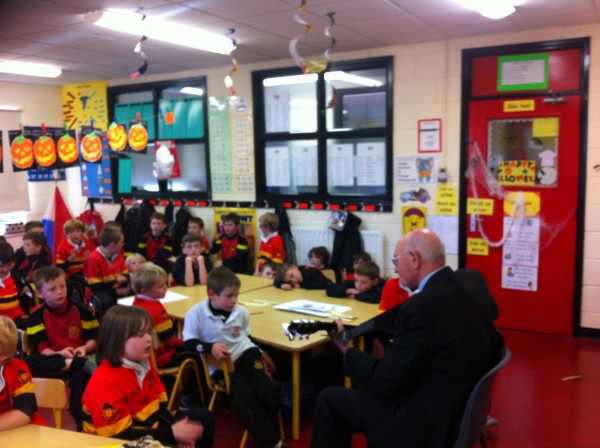 Today, Br. Mick O’Donoghue paid a visit to our school. He is the Development Officer of Christian Brothers’ Projects in Africa. A native of Tipperary, he has spent 15 years in Zambia and has been very welcoming to CBC Groups who travelled to Zambia as part of the CBC Zambia Immersion Project.

In June 2013, Miss Sharon McAdoo and Mr. Steven Lynch from the Prep School travelled to Zambia and Br Mick called in to visit the teachers. Both 1st and 3rd Classes were treated to a number of songs by Br. Mick and he also explained to both Classes, the important work which he does. 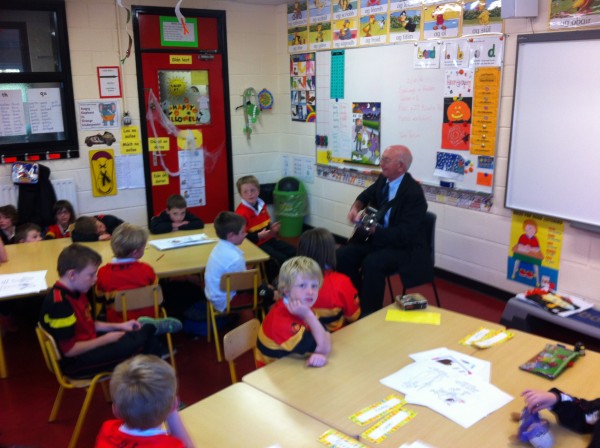 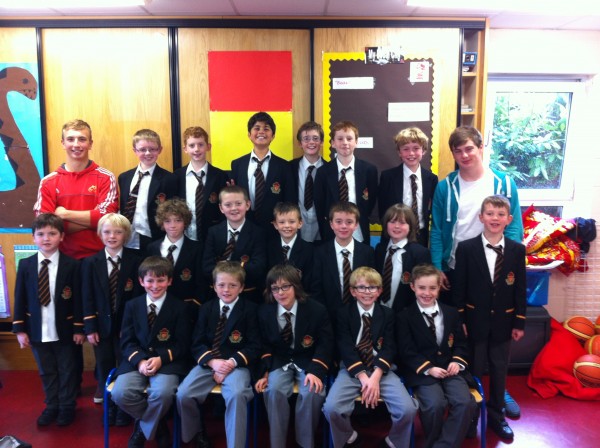 Over the past few weeks, Third Class have been talking about Food and how important it is to eat the right things, for our body to work properly.

Michael Clune and Michael O’Halloran (members of the Senior Rugby Team) called to Rang a Trí to talk about Healthy Eating and looking after our bodies. They also explained their busy daily schedule being involved with Senior Rugby Training and preparing for their Leaving Certificate exams next June. 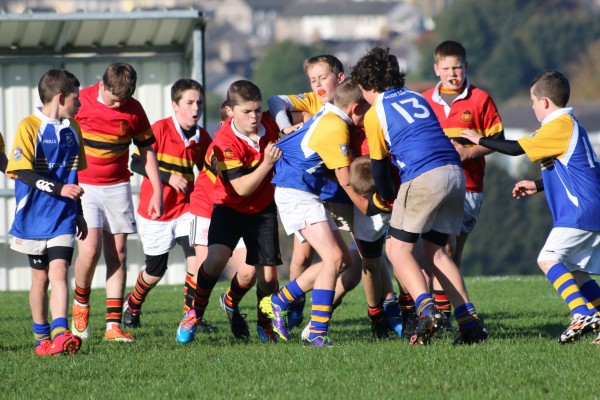 CBC welcomed Scoil Íde from Limerick to our Sports Complex at Lansdowne on Saturday last.

Both schools played three games with Fifth & Sixth Classes involved, and all games were keenly contested.

Scoil Íde will host CBC on Saturday, February 28, 2015 as part of their 50th Anniversary celebrations. 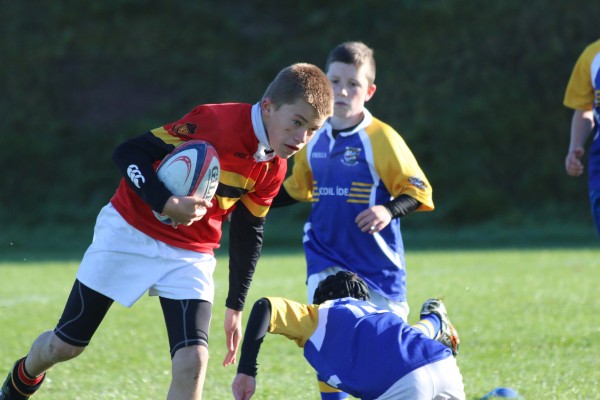 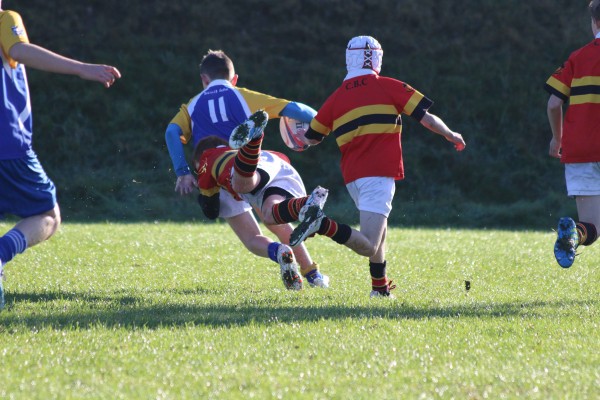 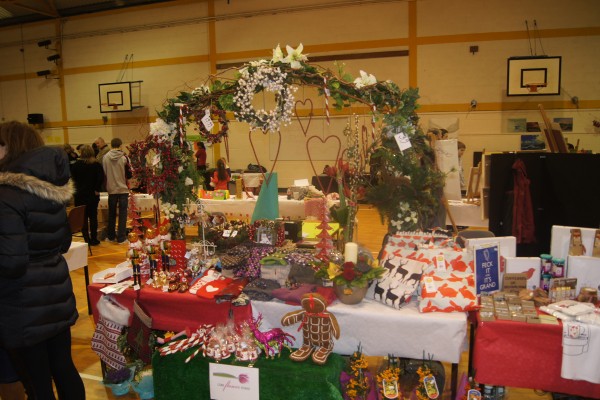 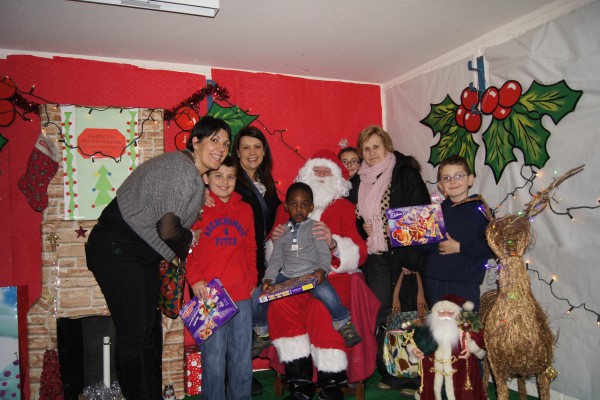 In 2015,  CBC Cork will embark on its seventh Zambia Immersion Project. Returning to Mufulira, this trip will renew old friendships and continue the strong bond between CBC Cork and the local community there. The trip will be the climax of a long year’s work by the students, their families and teachers, but its success is always down to the fantastic support it receives across the whole school community. The project has developed a huge interest among students from all year groups; as every Project group has recounted their experiences with their peers, which keeps the project rejuvenated and alive in the mindset of CBC students and families.

The Christmas Fair is an important part of the group’s fundraising and has been an ideal opportunity for both Parents & Students to showcase their talents to a wider community. For anyone interested in setting up a stall, please contact Mr. Steven Lynch at the school or at s.lynch@cbccork.ie 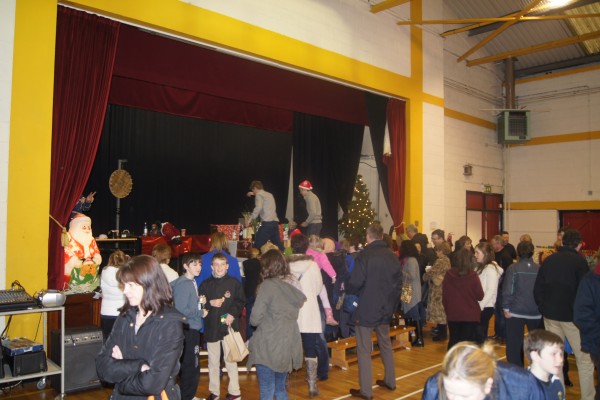 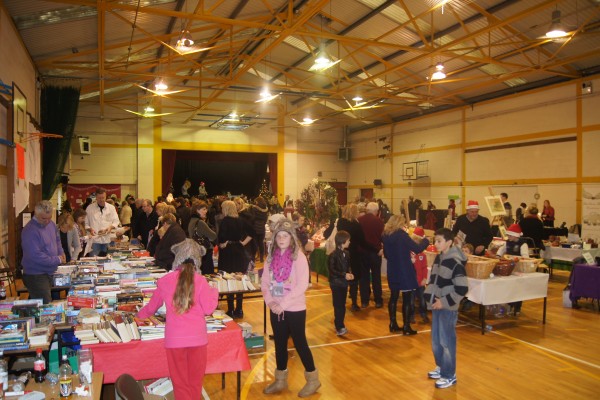 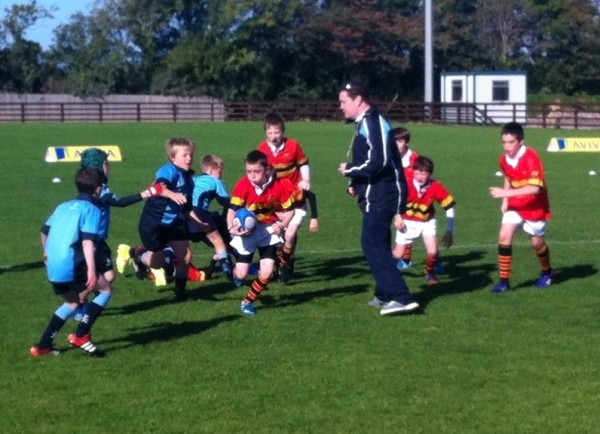 6:30am was an early start for the class but they had a great day out in an extremely well organised festival. The Class had opportunities to play Fullerton Prep School from Belfast, as well as St Michaels & Willow Park from Dublin. The boys played very well in all their matches, which is very promising as it is so early in our season.

Each boy was presented with a Water Bottle and a Certificate after their day of rugby. They also met Irish Rugby Star, Dave Kearney before the festival. 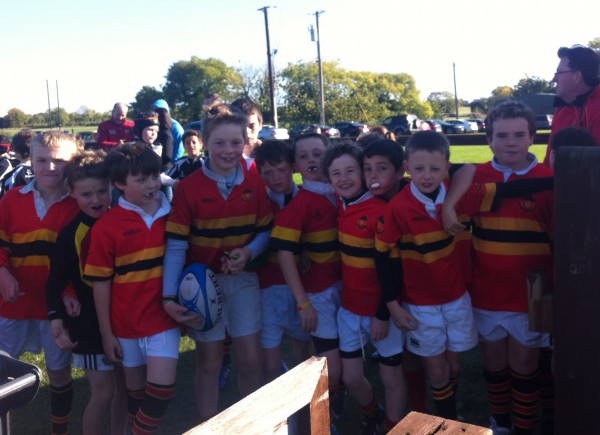 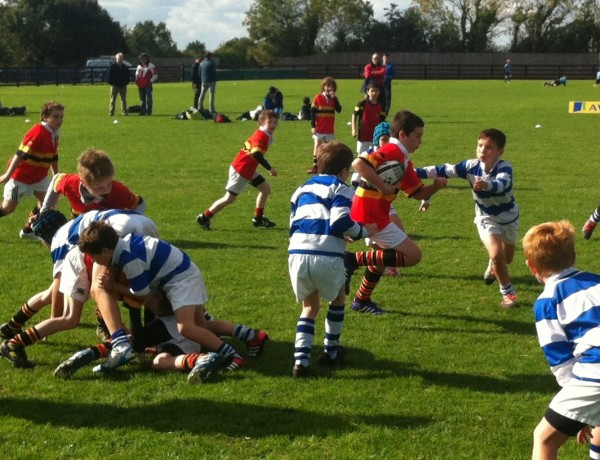 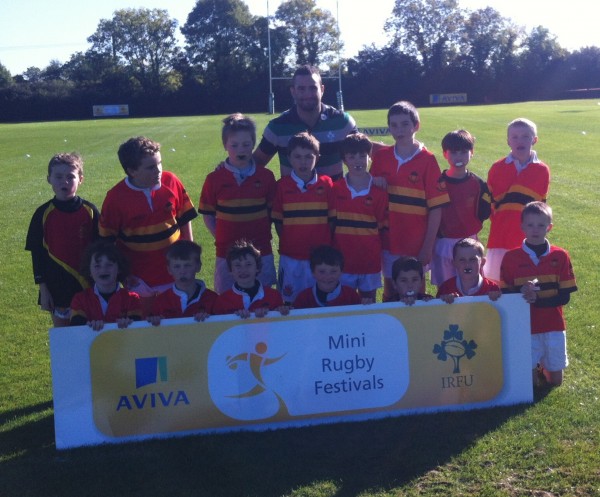 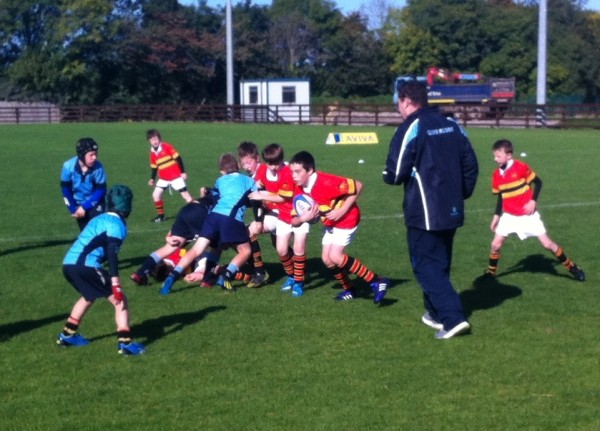