The Sam Maguire Cup was brought to CBC yesterday and the boys of the Prep School celebrated Cork’s seventh win in the All-Ireland Football final (in 120 years).   Ballydesmond forward Donncha O’Connor, who played a crucial part in the semi-final against Dublin, was the man who brought the cup to CBC. He has been a member of the Cork senior inter-county team since 2006. After a few inspirational words to the Prep School pupils, who gathered in the Hall to hear him, Donnacha allowed the cup to be passed round, so everyone was able to hold on to it for a little while, 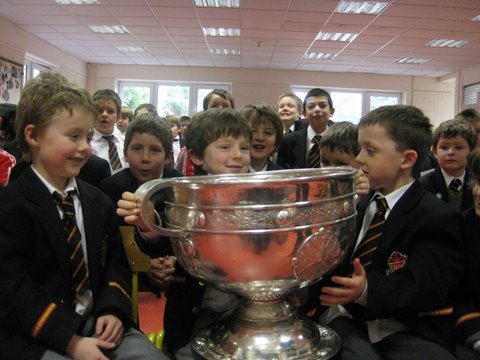 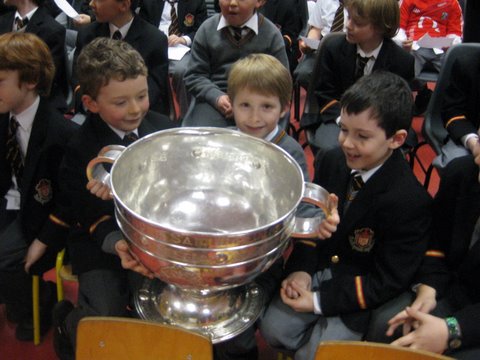 Sam Maguire is passed round so everybody gets a turn to hold it. 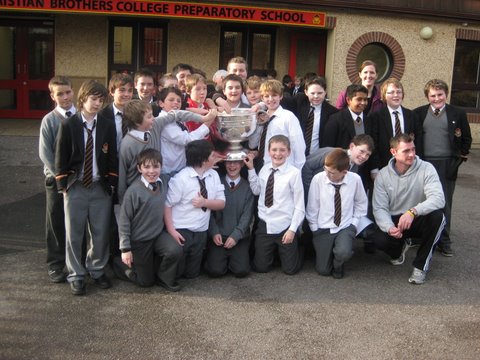 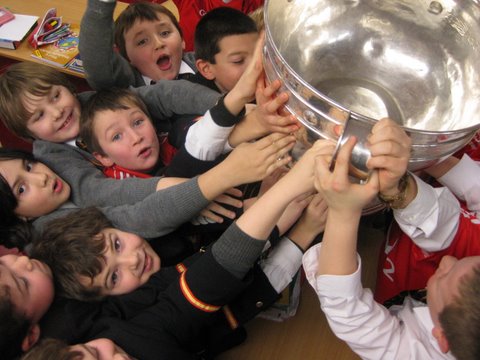 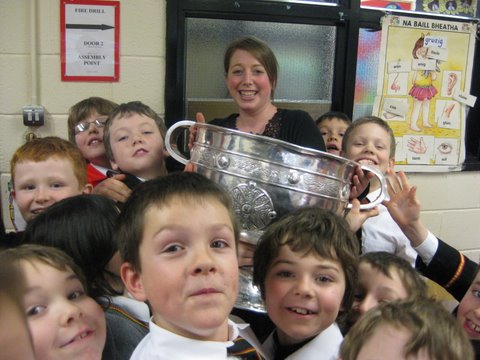 A great welcome for Sam Maguire

and stood for photographs with each of the classes.