Our 6th class boys went to Bath for their annual rugby tour. Harry Walsh wrote the report below about the trip: 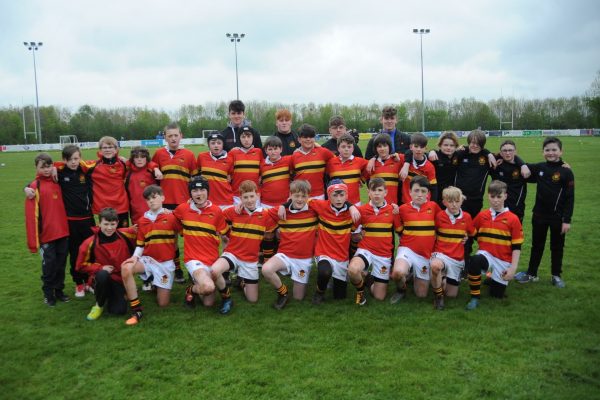 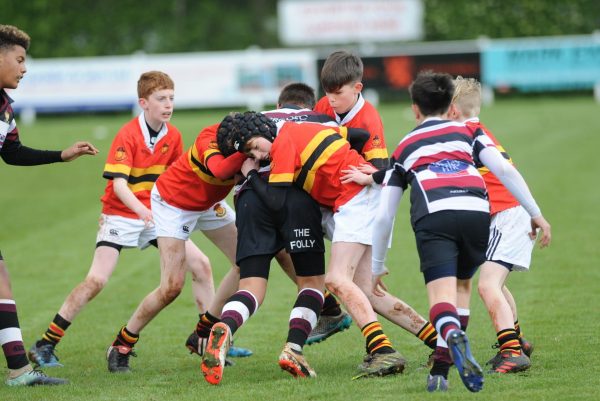 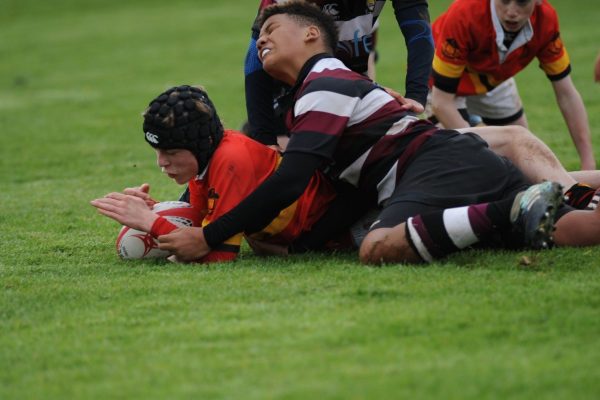 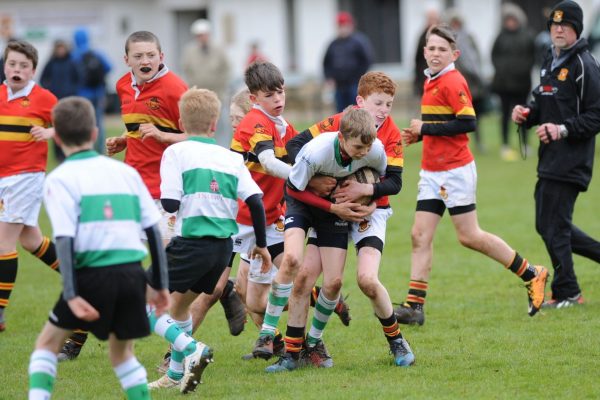 On the 27th of April, 6th class 2018 went on the annual rugby tour to the city of Bath. Mr Lynch and Miss McAdoo were coming with us along some 4th years. Jude’s dad Duncan was sponsoring us.

We met at the bottom of Sydney Hill at 4:00 am which I don’t think some of the boys were very happy about. We actually left at quarter past the hour, as some boys were late. The bus journey to Rosslare took a good two and a half hours, but it was an enjoyable trip. We arrived at Rosslare and boarded the ferry, entertaining ourselves by watching movies, playing cards and I think Sir fell asleep. Soon we were able to see the Welsh coastline on the horizon. We arrived into Fishguard at 10.30am, and then headed off to Bath. As we got closer and closer, there was a building sense of excitement, and then we finally arrived in Bath. We could see beautiful old buildings everywhere. Hardly anything was modern. As we drove through, we could see the Roman influence on the city. Shortly we arrived in the YMCA, assembling outside, while Sir told us the rules. Then we collected our keys, and went to our rooms for a rest. After an hour or so, we started on our walk around Bath. We saw an amazing bridge built by the Romans, and we visited the Bath rugby stadium. After a while, we went back and had pizza at the YMCA. Everyone gave up their phones and electronics (reluctantly) and we went to sleep.

The following day, we woke up early for our first game at Cleve, setting off after breakfast. Once we arrived in Cleve, we changed into our gear. There was an enthusiastic crowd of parents waiting for us. Unfortunately, the tour jerseys had not arrived, so we wore our normal CBC jerseys. Cleve were a good team and narrowly beat us. Afterwards we went back and did some shopping in Bath, followed by mass, delivered by a very nice priest, and a trip to the cinema to see the new Avengers film. That night, Sir showed us the design for the tour jersey and I was very happy when I realised it was mine. On Sunday, we played Chew Valley and Walcot. We were beaten both times but they were great games, and we played really well. Our parents came and supported us, which was really great. After the rugby, we enjoyed the shops in Bath again. Quite a few of the items were taken off us by Sir, and even the 4th years had water-guns confiscated, which Sir then squirted Cillian Punch with. Later that evening we went bowling which was really good fun. At around 8.00 o’clock we departed Bath one last time. It was a really nice city and I hope to go back sometime. The journey back to Cork went by quite fast for me because I was exhausted and slept nearly the whole time. We departed Britain at 11:45 pm and arrived in Ireland around 03:00 am. At 6 o’clock Sir woke us up and we arrived at 20 past. That was where our amazing Bath Tour ended. I’d like to say thanks to everyone who helped out and thankyou to Mr Lynch and Miss McAdoo for picking my jersey and picking me as Vice-Captain, it was a great honour.