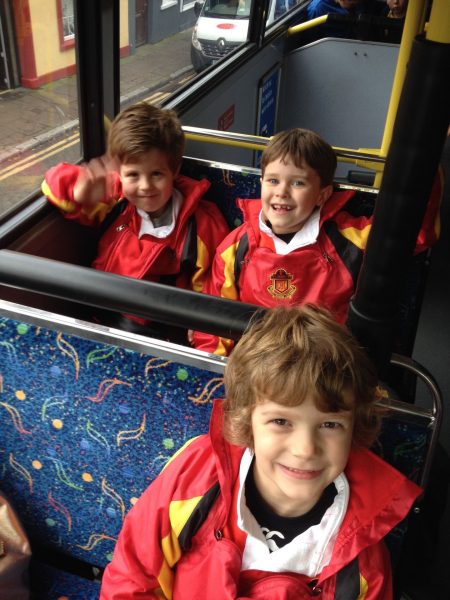 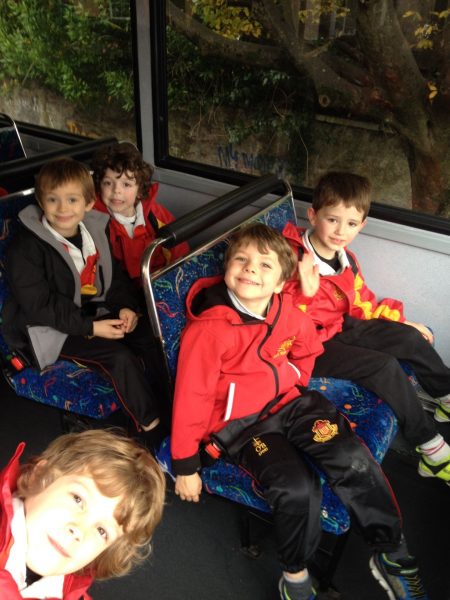 Our Senior Infant boys were particularly excited about cheering on their team at the Sciath na Scol Football Final as it was their first outing on a school bus! Each boy was partnered with an older boy who made sure they got to their seats safely, both on the bus and at the GAA grounds. The boys were particularly pleased that they got to sit at the top of the bus on the way to the match! Their teacher, Mrs. FitzPatrick, was very proud at how sensible they were throughout the excursion. They were really well behaved and joined in with the rest of the school as we cheered our team to victory. Well done Senior Infants!